Part II - Whoa! My Child Isn't the Only One Getting Older!!

This blog kicks off a series illustrating a step-by-step approach to planning for the care of your adult child with special needs. Read Part I.

Part II - Figuring Out the Next Steps 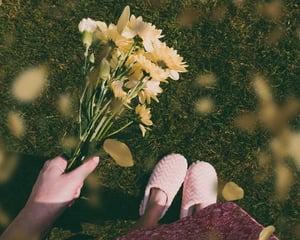 Adjusting Expectations - in a Good Way!

Sarah had a lot to think about but being sidelined had allowed her to step outside her daily life and see things she had been too busy to notice. While she was injured, Thomas had stepped up to help in so many ways. She had always viewed Thomas and their family life through the lens of his dual diagnosis of developmental disabilities and autism. While he had always had household chores, it had never occurred to her to ask him to do more; things like carry the laundry baskets to and from the basement, bring in the mail, and clear the front walk of newly fallen snow. With her direction and support, he was able to unpack and put the groceries from the PeaPod delivery away.

Sometimes it’s the small things that add up to big changes.  In thinking about his future living arrangements, Sarah realized she needed to consider both Thomas' expectations and her own.  She had some thinking to do about some very big questions.

The Letter of Intent – The Details of Daily Living.

As a very important first step, we suggested Sarah begin filling out a Letter of Intent, the “Who, What, Where, When, and How” of Thomas’ life. With the information from the Letter of Intent as a starting point,  we would then work together to create the next level of Special Needs Planning; creating a Team to Carry On.

Sarah and Thomas’ Team to Carry On

Read more about A Team to Carry On.

In the News: Employment for People with Autism

In honor of World Autism Awareness Day, Thursday, I had the privilege to attend and speak at an event held at the United Nations in New York City, where the theme was “Autism, The Employment Advantage.”

This theme resonates with me on two levels.

First, as a parent. I am the proud mom of Shawn, now 19, diagnosed with autism when he was four years old. Secondly, as a proud executive at Microsoft. A company that believes strongly in diversity.

This week, we announced another exciting effort, a new pilot program with Specialisterne, focused on hiring people with autism for full-time, Redmond-based Microsoft positions. It’s early days but we’re excited to get going and we know we’ll learn a lot along the way.

Our effort goes beyond autism. We are passionate about hiring individuals of all disabilities and we believe with them, we can create, support, and build great products and services. Our customers are diverse and we need to be as well.  Candidates interested in our pilot program can email resumes to msautism@microsoft.com.

Most car washes are filled with less-than-enthusiastic workers. But in Parkland, Fla., there’s a place to clean your car where the employees — 80 percent of which are along the autism spectrum — are extremely excited about their daily responsibilities, making the turnover rate is almost non-existent.

Started by the father-and-son team of John and Tom D’Eri, Rising Tide Car Wash gives their son and brother, Andrew, who was identified as an autistic individual at the age of three, and its other employees the chance to lead a fulfilling life.

Before the car wash opened, John was a successful entrepreneur, while Tom, a recent college grad, worked as a consultant. At the time, they lived in the greater New York City area, as did Andrew (who resided with his mother, Donna D’Eri). Andrew was approaching the age of 22, a milestone known in the autism community as “falling off the cliff,” a term derived from the fact that virtually all government support expires when an individual with autism reaches what is typically college-graduate age. Faced with extremely limited employment opportunities, many of these individuals stay at home and begin to regress because they have little in the way of meaningful activities.

The D’Eri family decided that wasn’t going to happen to Andrew. John and Tom formed CanDo Business Ventures in 2011, a nonprofit focused on finding scalable businesses that could employ people with autism. After much research, they identified the car wash industry as a good match for those with autism since they’re more likely to be engaged by detailed, repetitive processes than those not on the spectrum. A car wash also has the advantage of being open to the public, allowing patrons to witness the value of workers on the spectrum.

“It’s a really tangible service,” says Tom. “So, you leave a car wash and you understand if it’s clean, or if it’s not. You’re gonna see, ‘oh wow, these guys did a great job, oh hey, all these guys have autism.’”

In 2012, the entire family moved from New York to the greater Miami area to take over a struggling car wash, and on April 1, 2013, Rising Tide Car Wash opened for business. It’s a for-profit company, financed by the personal assets amassed by John’s earlier business ventures; no federal or state grants or subsidies have been received. Employees are found through community partners, such as the Broward County School District and the Center for Autism & Related Disabilities.

Although altruistic in their mission, the D’Eri family prefers to describe individuals on the spectrum as an untapped resource versus people with a disability. John describes Rising Tide as a “booming success” and speaks of plans to expand to additional locations in the coming years. Currently, Rising Tide employs 35 individuals on the spectrum. With the goal of three locations by 2016, John believes that the company will eventually employ more than 150 individuals with autism.

Andrew and the other employees on the spectrum have grown in confidence and their desire to be social has increased. Plus, they’re now part of a larger community of support.

“We see what Andrew’s life is going to be,” says Tom. “We see that he’s going to have a community that’s going to take care of him. And that takes a whole load of stress off the family.”